Todd, as his name would suggest, is the owner and founder of Toddy Gear, and is a true entertainer. 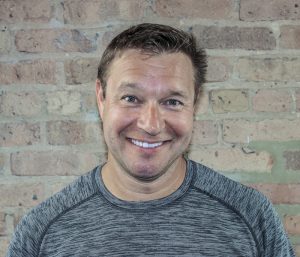 He is a happy, friendly and giving (if occasionally a little cranky, though we don’t hold it against him!) guy. Todd takes his inspiration from the late, great Steve Jobs, he considers his daughter Natalie his proudest accomplishment and loves spending time with friends and family.

Travel is one of Todd’s great passions. He plans to smash Phileas Fogg’s record some day and travel around the world in sixty days. Triathlon running is another hobby – “I’m actually fairly athletic (when I’m in shape),” he says.

Steering the good ship Toddy and captaining its crew, Todd enjoys seeing his employees flourish. “I really like to see people around me learn and grow,” he says.

“Life is a great big canvas, and you should throw all the paint on it you can,” is the mantra he lives by.